Minimize Fuel Wastage with the Help of Diagnostic Trouble Codes 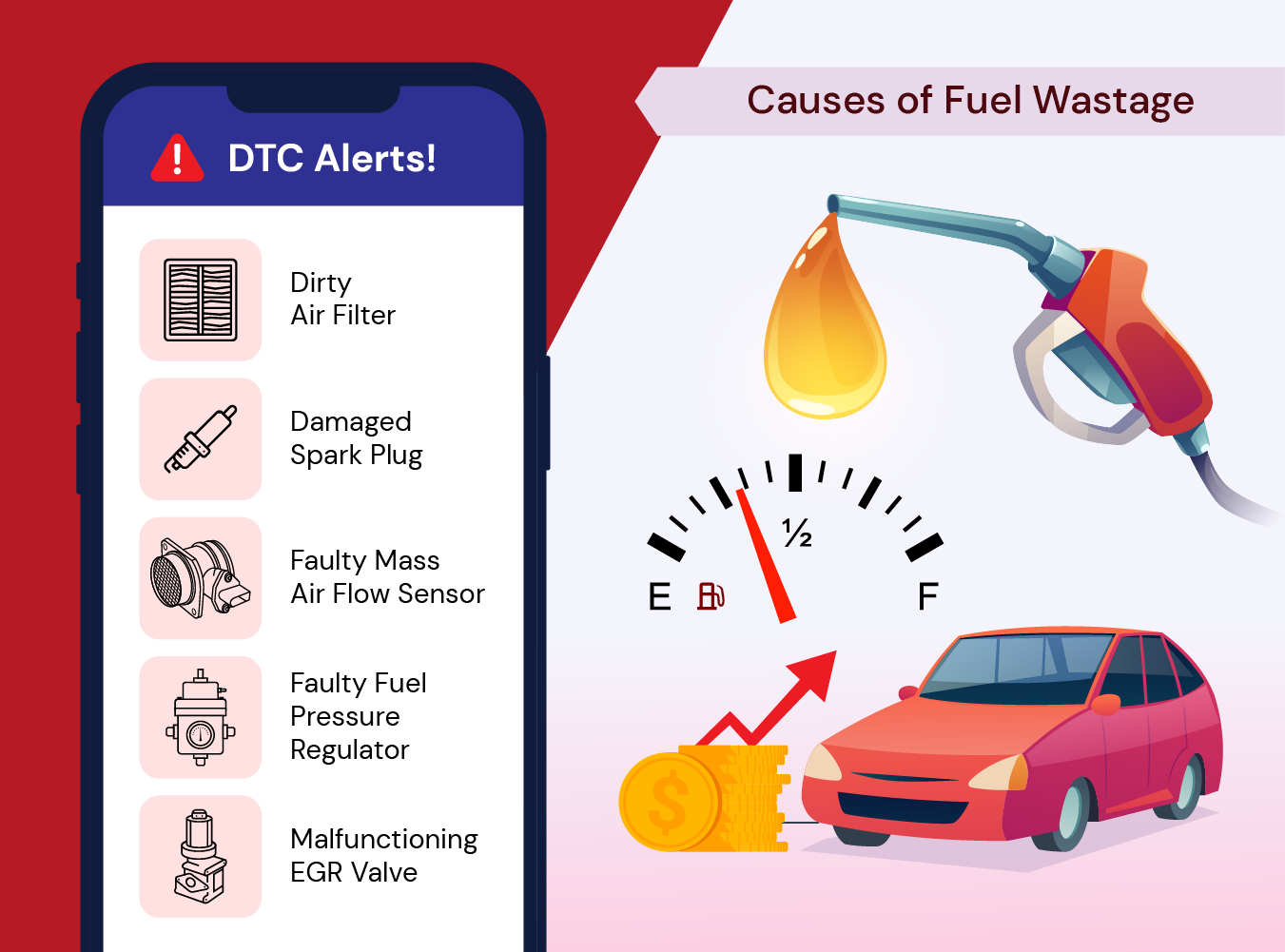 Low fuel economy is a concern for many car owners. The increase in fuel prices has increased that concern recently. Issues inside the vehicle and non-economical driving behaviours are two major causes of the lower fuel economy. In this blog, we will discuss what issues in a vehicle can impact fuel economy and how car owners can proactively be informed via Diagnostics Trouble codes. A diagnostic trouble code (DTC) is a code stored in a vehicle's on-board diagnostic system (OBD) that indicates there is a problem with the vehicle's emissions, engine, or transmission. These codes are used to help diagnose and troubleshoot issues with a vehicle and are generated when the vehicle’s ECU system detects a problem or fault.

There are many potential causes of poor fuel economy in cars. Some common causes include:

In addition to these mechanical causes, poor fuel economy can also be caused by factors such as driving habits (e.g. aggressive acceleration or braking), the type of roads or terrain being driven on, and the weight or aerodynamics of the vehicle. Now let us see how the Diagnostics Trouble Code and external symptoms can help to identify one or more of the above issues.

Worn or damaged spark plug
A damaged spark plug will not be able to generate a strong enough spark to ignite the fuel inside the engine or it will not be able to generate a spark at all. This can cause the fuel to go unburned, leading to a misfire in the engine. The unburnt fuel, entering the exhaust system may also damage the catalytic converters.
Misfires can cause a variety of problems, including poor fuel economy, reduced power and acceleration, and increased emissions. P0300, P0301, P0302, P0303, P0304, P0305, and P0306 are the diagnostics code generated when misfires are detected. Also, poor engine performance and black smoke from the exhaust are two major symptoms of engine misfires.

Faulty Mass Air Flow (MAF) Sensor
The mass airflow sensor (MAF) is a device that measures the amount of air flowing into the engine and sends this information to the engine control unit (ECU). The ECU uses this information to adjust the fuel-to-air ratio in the engine. If the MAF is faulty, it may send incorrect information to the ECU, causing the ECU to adjust the fuel-to-air ratio incorrectly. This can cause the engine to run lean or rich. For an engine running lean, there is not enough fuel being injected into the engine relative to the amount of air. When the engine runs lean, it can cause less power and damage to the engine. For an engine running rich, there is too much fuel relative to the amount of air in the engine and excess fuel will not be burned. This will cause higher fuel consumption for the same performance.
In the case of a faulty or malfunctioning MAF sensor, the diagnostic code generated will depend on the specific symptoms and effects the faulty sensor is causing. Some common diagnostic codes that may be generated in this case include: 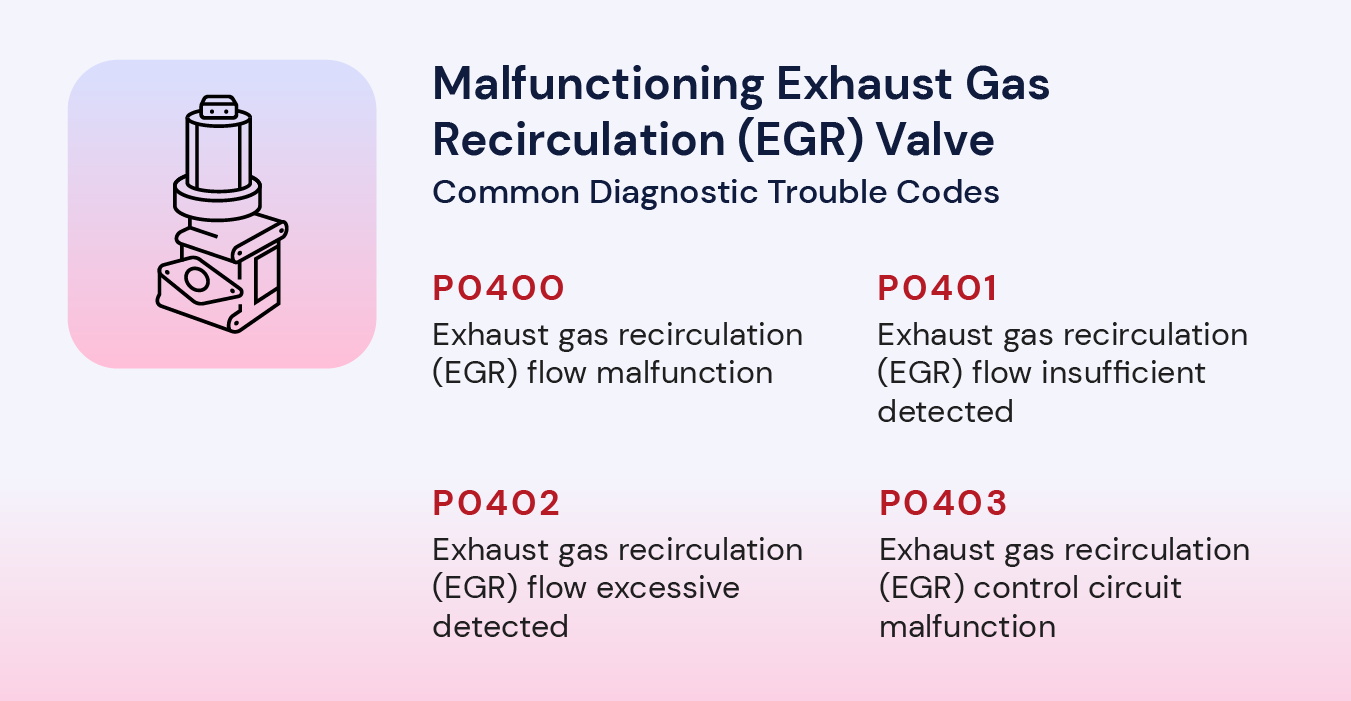 AutoWiz OBD-GPS-based Fleet Management solution can read the above Diagnostics Trouble Codes and report it to AutoWiz mobile app and webapp. It also provides a summary, severity and information of possible component(s) failure with the diagnostic trouble code. This helps customers be aware of the exact causes of lower fuel economy and do necessary services. AutoWiz solution also reports fuel consumption for each of the trips. User can use that information to early identify the lower fuel economy of the vehicles and also to analyze the impact of the faulty component repair on the fuel economy.

6 ways in which telematics technology can improve vehicle fleet management

Pandemic impact on Auto Insurance: shift towards Usage Based Insurance

Telematics Insurance in India poised to move into higher gear

Why should we care about Connected Cars in India?